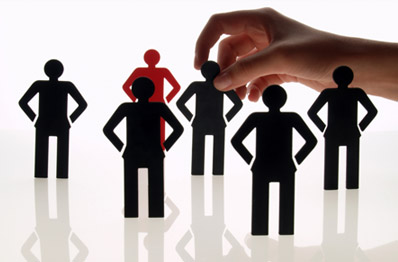 With the Great Silicon Valley Talent War of 2010 (infographic) raging on between Google and Facebook, many engineers are undoubtedly dusting off their resumes and considering taking a stab at getting in on a piece of the action. Some may consider the escalating efforts at getting engineering talent to be a bubble, but there’s no reason why talented engineers shouldn’t get in on a piece of the action while the going is hot. Google’s reputation as an employer is nothing short of legendary, as there have been hundreds of articles written about the Google work culture, benefits and perks, and the hiring process. If Facebook’s trajectory remains on course, it will likely join Google at the top of the totem pole of coveted Silicon Valley employers.

An abundance of job applications will inevitably be followed by an abundance of rejected candidates. Companies like Google are well known for their arduous interview process and high hiring bar. Even people that work at Google admit to a high false-negative rate when it comes to identifying the right engineers to hire. This is likely the case at various other top technology companies in and out of Silicon Valley.

The technical interview and hiring process is known to be fickle and tricky. The more prestigious the company, the bigger the applicant pool, and hence, the higher the false negative rate. Does this mean the process is broken and needs to be fixed? Probably. There are probably things that can be changed to improve the interview and hiring process for both candidates and companies alike. However, one can argue that there are challenges that are intrinsic to “talent evaluation” that make it an inevitably difficult process.

The same challenges can be found in college admissions and professional sports. The best athletes in professional sports often don’t spring out of drafts. Top draft picks often turn out to be busts, and lower picked or even undrafted players often end up having brilliant careers. The 1984 NBA Draft involving Sam Bowie and Michael Jordan is just one of many examples. The same phenomenon can be seen throughout many other professional sports. And to think, here is a set of businesses that are fueled by hundreds of millions of dollars in salaries and bonuses, where each talent acquisition can mean orders of magnitude in difference between revenue, and yet the draft scouts and general managers still manage to make many mistakes. If recruiters in the sports industry can’t get it right, how will recruiters in the other industries fare?

The bottom line is that when it comes to evaluating “human resources,” humans are apt to make mistakes. It is hard to evaluate technical talent based purely on a resume and answers to arbitrarily chosen technical interview questions in a challenging interview environment. Yet, both sides recognize it as a necessary evil. Much like NFL hopefuls running through various tests and evaluations in the NFL Scouting Combine, job applicants in the tech industry have to jump through various hoops and play by the rules of the game. Even in a sport like football, where raw athleticism should be a paramount indicator of success, the measurable and quantifiable figures often don’t yield the best draft results.

In the end, whether you’re a collegiate athlete whose hopes and dreams of going pro have been dashed by falling out of a draft or an engineer that didn’t make the cut at a leading technology company, rejection really doesn’t mean much.