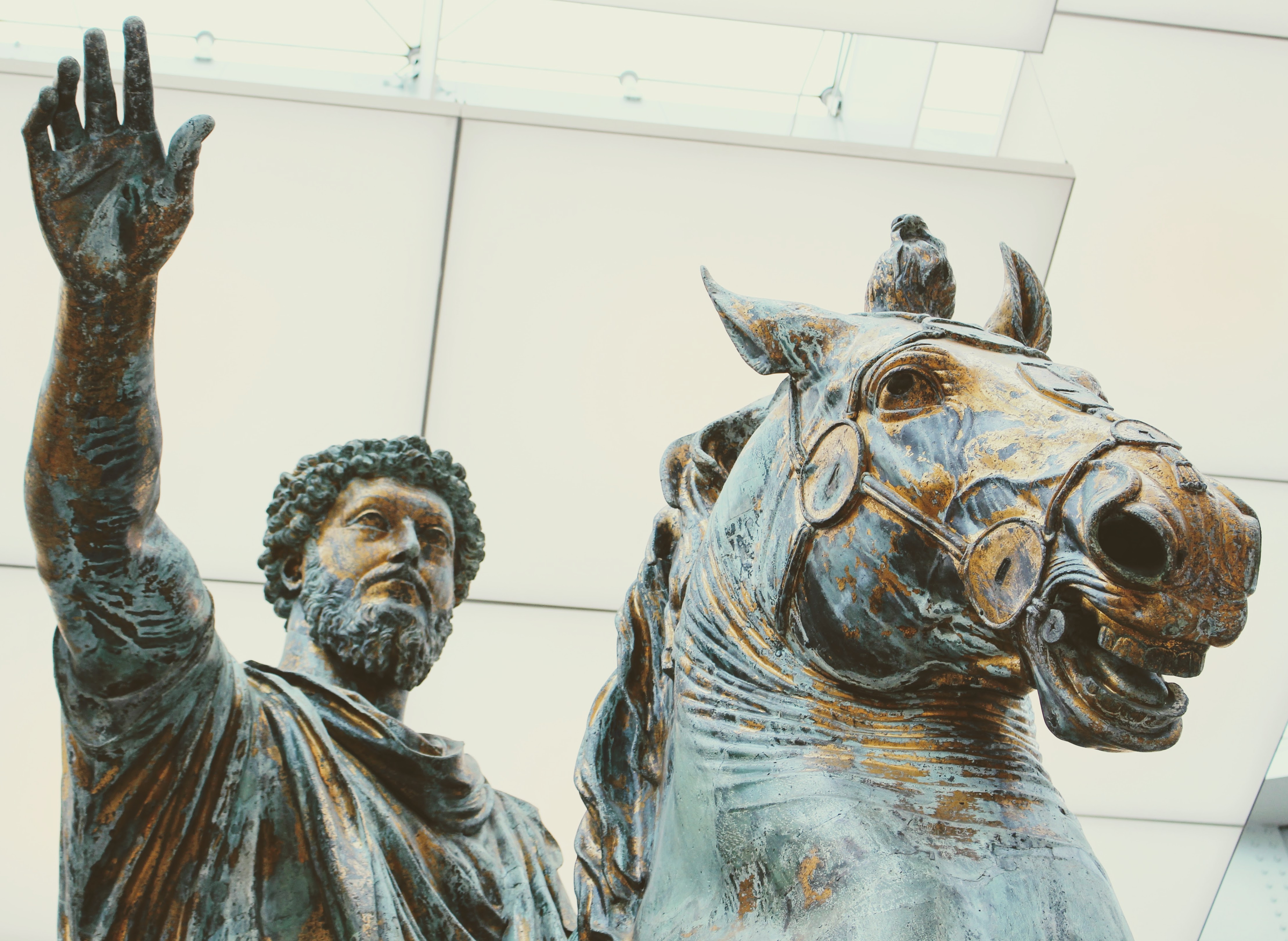 I recently started exploring the ancient philosophy of stoicism by reading William Irvine’s A Guide to the Good Life: The Ancient Art of Stoic Joy. After finishing the book, the plan was to start a series of articles that attempt to draw lines between the ideas and techniques of ancient stoicism to modern day programming and software engineering. For example, a decent argument can be made that the practice of chaos engineering goes hand in hand with the recurring theme of negative visualization in stoicism, where the robustness of a system improves over time due to the creators of the system actively thinking about and preparing for all the things that could go wrong.

However, in light of the coronavirus pandemic that has been unfolding over the last few months, it feels more apt to discuss stoicism the way it was intended by ancient scholars and practitioners - as a philosophy of life particularly relevant during turbulent times of uncertainty, and to think about how it may help people from all walks of life get through this crisis. At a later time it may be useful to revisit the idea of stoical (and perhaps even antifragile) software; but given the current situation, let us find ways to remain stoic in the face of shared adversity.

There are many facets of stoicism that can be applied to modern life, particularly during times of hardship. Irvine’s book lays out some of the fundamental pillars of the ancient Stoic school, and these pillars are useful for guiding the discussion in uncovering how stoicism can help one cope during a time of crisis.

The first place to start is with the idea of negative visualization, or the practice of contemplating the loss of things you value in life as to gain a greater appreciation for such things, and to be mentally and emotionally protected against their eventual loss should such an event occur. As this unprecedented pandemic unfolds, I think it’s fair to say that few people, if any, had considered the loss of so many things that many take for granted: the freedom to work, socialize, and simply be outside; the existence of schools and child care; safe and stable work environments; even reliably procuring household essentials such as groceries and even toilet paper.

Stoicism recommends proactively visualizing the loss of things one takes for granted, so that one may gain a greater appreciation for these things and be better prepared, literally and figuratively, when those things are no longer available. For those in the middle of a shelter-in-place, lockdown lifestyle, the stoic silver lining is that after the crisis is over they will be able to withstand much more difficult hardships in the future. In these times, all of us are a little bit like Seneca, the Roman Stoic, who was exiled to an island for multiple years for political reasons. Seneca’s stoic ways allowed him to get through the tough times. The current situation is hard, but once it has been overcome, the built-up scar tissue will remain.

A more extreme form of negative visualization is the practice of self-denial. By intentionally subjecting oneself to minor pains, displeasures, and inconveniences, one learns to better appreciate the smaller things. For many people unaware or inexperienced in the practice of self-denial, the state-mandated orders to stay at home is more or less a collective self-denial that has been uniformly forced upon everyone simultaneously.

Nevertheless, negative visualization is still a useful technique for coping with this pandemic. Even for those under quarantine and self-isolation, it’s useful to contemplate the loss of and appreciate the things that still have not been taken away: one’s own health, the health of loved ones, the ability to connect and communicate with friends and family, and the spirit of compassion, community, and volunteerism that is emerging all around the world.

The slower pace of life under quarantine is a blessing in disguise to a practicing stoic: it is a hard lesson in learning to appreciate the small things and the things often taken for granted. Take a walk outside and breathe in the air that has been made fresher by fewer cars on the road and planes in the sky. Take a moment to appreciate the massive but mostly invisible technological infrastructure that allows billions to stay connected despite between physically separate.

Another theme is the dichotomy of control, or the partitioning of things, experiences, or events one encounters into those over which one has no control, versus those which one has partial or full control. Irvine actually advocates for a trichotomy, but using a binary partitioning can be an equally effective simplification.

The key idea here is to shift one’s attention away from things that cannot be controlled, which is particularly important during times of great uncertainty and chaos. Things such as government policies, temporary restrictions on freedom, stock market movements, and disease infection and mortality rates, for the most part can be considered to be things out of one’s control.

Instead, focus should be placed on things that are within an individual’s immediate control. Some of the most important messages being communicated by public health officials around the world are simple things that each individual has full control over. In order to reduce risk of infection, consistently and repeatedly do the simple things to minimize probabilities of contracting the virus: stay at home, stay away from other people, and practice good hygiene by thoroughly washing hands.

While staying at home, it is equally important to focus on general health. Eating healthy food, getting adequate sleep, and exercising regularly are all things that are fully under one’s control and may simply require a bit of creativity to maintain. Mental health may be overlooked and is just as important, and many enhancement practices also fall under the realm of control: avoid consuming too much doom and gloom from the media; and for those who are well-versed, meditation and mindfulness can go a great way in remaining even keeled. The stoic practice of meditation was perhaps not as rigorous as modern day practices, but does encourage constant self-reflection and introspection. With many parts of life slowing down or grinding to a halt, looking deeply inward and reflecting on one’s values can be a useful and rewarding exercise.

The final theme is fatalism - the idea of treating the past and present “as fate would have it” and to relinquish fears and worries over things that are happening or have already happened. It is important to resist the urge to point fingers and to assign blame. The events of the recent past and present are unraveling before our eyes, and being up in arms about things that cannot be changed is mostly a useless exercise. However, it is critical to focus on the future, as fate has yet to decree the way the future will unfold. Focusing on the future means being fatalistic while learning from the past and present, and making sure the hard lessons do not go to waste.

Perhaps the most important way of focusing on the future is to think about the extent to which one can control the future, which harks back to the theme of dichotomy of control. Second guessing and blaming elected officials for their mistakes and missteps is not terribly useful. Government policies, responses, and the subsequent outcomes are largely out of our control. However, it is important to keep these outcomes in mind, along with the words and actions of elected officials and representatives. When it comes time for one to flex civic duty muscles, use the power of the ballot to shape the future policies, laws, and institutions and ensure that one does not remain blindly fatalistic about the future.